Cryptocurrencies, and their underlying blockchains, compose a fairly complex set of technologies. It’s worthwhile to have a high-level understanding of some of the core tenets of what makes crypto tick.

Blockchain, as we know it today, is tied to the introduction of Bitcoin in 2009, which was based on a late 2008 paper released by Satoshi Nakamoto. While many argue that Bitcoin isn’t a great blockchain for a number of reasons (such as scalability and extensibility), it started a chain reaction (pun intended) within the technology industry that has yet to slow down.

Blockchains are composed of several different characteristics, but you can effectively think of them as a database, that have been distributed instead of centralized, and which use cryptography to secure the database and associated transactions.

By relying on these mechanisms, in a large-scale distributed system, blockchain has been able to solve the underlying problem of how to transact digitally, in a safe and secure way, without all the traditional financial intermediaries.

In order to process transactions on blockchains, they employ a consensus mechanism used to reach a shared agreement on what changes have occurred on the blockchain, and to commit that in an immutable (unchangeable) manner. The two core consensus mechanisms are Proof of Work, and Proof of Stake. 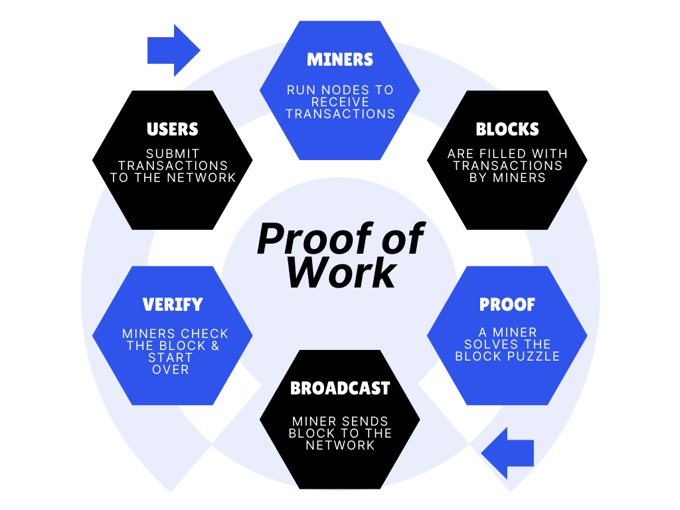 Proof of Work consensus leans more heavily into cryptography, and uses algorithms to generate unique hashes. Systems running these algorithms are generally referred to as miners, and when miners find a specific type of hash (just a long unique string of characters) they are granted the right to commit the next transaction in the blockchain. Additionally, they receive a reward for this process, which both provides incentives to mine new blocks as well as introduces new coins in the network. Over time the size of the rewards often decreases, creating deflationary pressure on the coin. Some people shy away from this style of consensus due to the sheer amount of computing power it requires, and the related downstream environmental impacts.

A major alternative is Proof of Stake, which is gaining rapid adoption in newer blockchains and cryptocurrencies. In a Proof of Stake model, instead of ‘spending’ compute in order for the right to commit the next block in the chain, a certain amount of coins are staked or locked into the network in exchange for the right to commit blocks. Typically these coins are staked in something called a validator which performs the validation of transactions and committing of blocks. Validators are rewarded, in the same way that miners are rewarded, based on the percentage of coins that are staked.

Regardless of the model, consensus mechanisms are a critical function to handle the settlement of cryptocurrencies, and are a key focus on scaling the underlying blockchains and driving part of the economics of the currencies themselves.

The basic blockchain mechanism is a fairly powerful construct, however with the addition of smart contracts the capabilities and possibilities are taken to the next level. You can think of smart contracts as a small program, or bit of code, that can run when a transaction occurs on a blockchain. 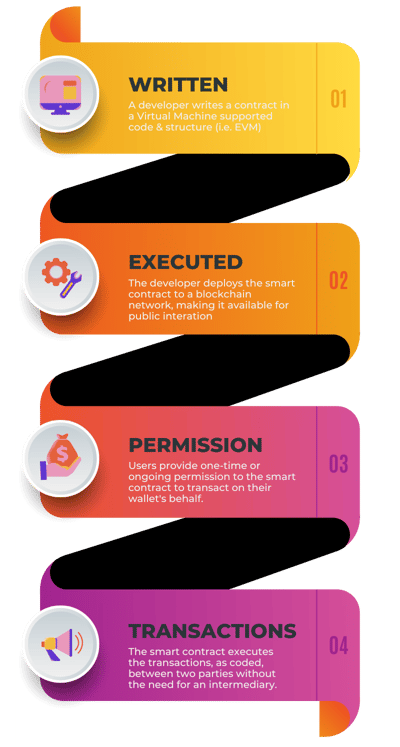 In more advanced forms, a set of smart contract instructions can come together to codify the rules of a digital organization, often referred to as a DAO, or Decentralized Autonomous Organization. The rules of a DAO smart contract can govern everything from membership and voting, to operational workflow and capacity, and effectively merge the idea of a corporation with that of an application.

If blockchains were the first step in turning money into a software base layer, smart contracts represent the next step of turning transactions, businesses, and possibly even future governments into applications which run on top of blockchains.

The core activity of cryptocurrency, and their underlying blockchain technology, is the efficient processing of transactions.

Part 2: Ways to introduce crypto into your portfolio

Engaging in the cryptocurrency ecosystem can come in a number of forms, with a few different models in terms of how you can start your crypto journey.

Get notified on new crypto insights

Be the first to know about new crypto insights so you can build or refine your knowledge of today's fast changing industry.